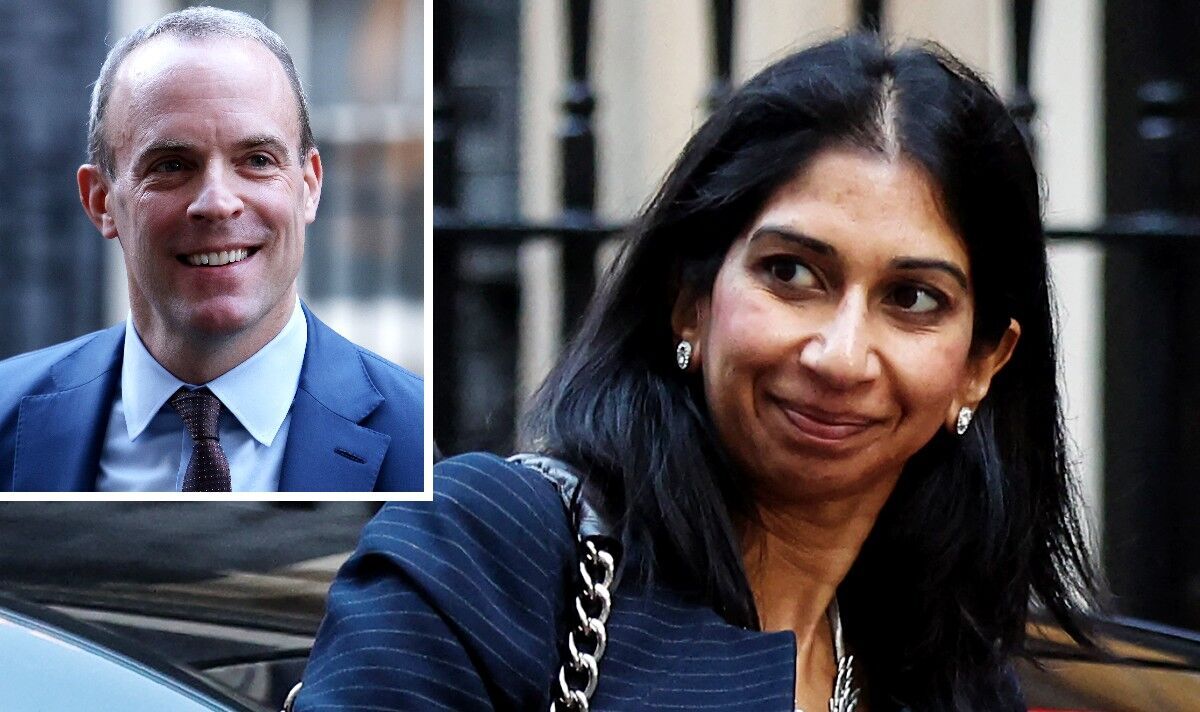 Migrant legislation has been fast-tracked, with the Government reportedly shelving Dominic Raab‘s Bill of Rights in order to prioritise the legislation. It is understood to be unlikely that Mr Raab’s Bill, which overhauls the Human Rights Act, will go through Parliament as a whole, with the Government opting to prioritise more limited legislation instead. There were concerns that the Bill would take too long and could be heavily amended.

As a result, the Prime Minister told Mr Raab that the Bill would be “deprioritised” in order to address the Channel issue faster instead.

But sources close to the Justice Secretary told Mail+ Mr Raab is still “100 percent committed” to the Bill of Rights, saying it remains “one of Dom’s top priorities”.

Some parts of the Bill are likely to be incorporated into small boats legislation, while other elements could be added to different legislation in order to see them get through both houses quicker.

If the Bill is dropped, this will be the third time Mr Raab’s legislation has been scrapped.

Instead, ministers are expected to press ahead with plans to make it easier to deport foreign criminals by restricting the circumstances in which their right to family life would trump public safety.

Increased powers to deport migrants are outlined in the Bill, which Mr Raab said would help the UK “escape the straitjacket of EU laws”.

Speaking to the Justice Select Committee last month, Mr Raab said: “I don’t think its right that we have effectively straitjacket legislation coming in through the back door via a court.”

He said that if the UK continues to “gold plate” the approach taken by the European Court of Human Rights in Strasbourg, Britain will be “unable to deport serious foreign national offenders”.

But Mr Raab caveated his criticism warning that the UK should never “send someone back to the arms of a torturing state”, pledging that “the prohibition on torture is absolute, even pulling out of the ECHR”.

Announcing the plans for the Bill of Rights, the Justice Secretary said it would “curb abuses of the system and inject a bit more common sense into human rights law.”

He said the legislation would “make crystal clear that the UK Supreme Court is not subordinate to the European Court of Human Rights”.

Home Secretary Suella Braverman has pledged to do “whatever it takes” to deal with the small boats problem in the Channel.

She pledged to “comprehensively” tackle the issue.

The latest migration statistics show that net migration rose to 504,000 in the year to June 2022.

This is an increase from pre-Brexit immigration levels, with most of the migrants coming from non-EU countries.

The statistics also show that there are still 9,242 Afghan refugees in hotels, more than 15 months after the evacuation.